Pajara is a small town situated on the Jandia peninsula. Its a pretty little place with a nice smattering of greenery to admire.

Iglesia Nuestra Senora de la Regla is the name of the church here which dates back to the late seventeenth century. It’s considered to be one of the finest on the island with its marvelous stone doorway and beautiful altar which has Mexican origins.

Located at the front of the town hall you will see an old waterwheel offering an insight into the towns history.

The historical town of Tuineje can be found close by. A famous battle was fought here between British pirates and local farmers towards the middle of the eighteenth century. 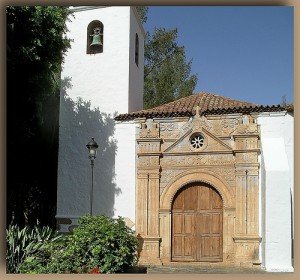 Despite being outnumbered and with inferior weapons the farmers prevailed. Thirty of the pirates lost their lives as well as five locals.

You can easily reach Pajara with a cheap car hire Fuerteventura deal.

The cannon used by the English that day now sits in front of the museum in Betancuria. There is a painting at San Miguel Arcangel Church depicting the event.

You can find out more about which cookies we are using or switch them off in settings.

This website uses cookies so that we can provide you with the best user experience possible. Cookie information is stored in your browser and performs functions such as recognising you when you return to our website and helping our team to understand which sections of the website you find most interesting and useful.

Strictly Necessary Cookie should be enabled at all times so that we can save your preferences for cookie settings.

If you disable this cookie, we will not be able to save your preferences. This means that every time you visit this website you will need to enable or disable cookies again.